I love sailing, hiking, personal motivation, business and sharing what I love with others! Feel free to check out all my exciting adventures at my websites below!

about a Scary Dragon!

What is it about these creatures that have always captivated our imagination?

Imagine yourself in a dark cave!

Evening has come on and the sun has gone down.

You have a torch and it’s light glimmers warmly on the walls of the cave. You’ve walked for hours though the cavern passages looking for a way out.

The thought of dying in this cave grows stronger as the minutes pass. Thankfully nothing has happened so far.

Now take an intermission: Here’s a bunch of details that are missing:

Do you have any weapons?

How strong are you?

What’s the plot of this story?

Who’s the leader or King of the Land?

What’s your station in life?

Nevertheless, with the details I’ve told you, I’m sure you can still understand how it would feel to suddenly hear a tremendous roar coming from down the passage!

The sound turns into a large scraping sound, then a clicking of what sounds like claws on rock and then a whirring of the wind as something huge comes toward you.

In my mind I’m drawing a scene of a warrior with shiny plate armor, wearing leather boots and a glinting sharp sword in their other hand.

As the creature swiftly moves faster than the warrior can run, the dragons skin appears red but dark where his plated scales and horns show in the light of the dropped torch.

Can you see it too?

So the question is: “what brought our warrior into such a terrible situation?”

Answer: I’m not really sure but the facts are that unless he purposely came looking for this dragon (and if he did then was very brave to tackle his problems and to face his fears), or he had a lack of insight, wisdom and perhaps even some daily neglect which brought him here.

Of course this story is just hypothetical, so who knows right. But still, what’s the so called “dragon” that’s waiting for you? What are your daily actions bringing you closer to?

So here’s the moral of the story:

Do daily what you can do today! Don’t neglect to do the little things that will take you a different direction over time. Face your problems and fears head on.

PS: Want to join our team, learn how to create residual income and get the skills that will take you out of the hole of working a dead end job for the rest of your life?

Reply back and let me know!

Connect with me here

Or call/email me below:

PS: Let me share some key pages to help you to get your business off the ground:

How to get TONS of FREE Credits & Promo Codes here.

FIVE Business that Really help you:

Top Five Business that Will Really Help You here. 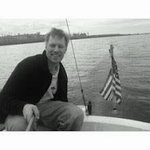 Thanks for Stopping by!
Want to Read my Main “Vision Today” Page? Go here.
.

Thinking about a vacation? 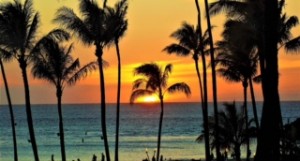 Get your FREE $200 VIP Card TODAY by clicking Here.

If you like watch this short video and if you can say “No” at the end, well give you $1000 worth of hotel savings you can use over time. Go here!

These will give you the BEST Hotel rates available with Taxes already included!

My wife and I just saved $275 recently on our holiday in Hawaii!

We place Six on your team and Six on theirs…

REQUIRED EARNINGS DISCLOSURE:  Any statements of particular income amounts, or any experiences shared by the individuals in this email or on our website are exceptional and likely do not represent the typical results. The info being shared here applies only to specific individuals and does not indicate that you will have the same results. As the only data we have to share with you comes from people such as these who voluntarily share what their incomes or experiences have been, it is factually impossible for us to state what the “typical” experience is. It is not possible for us to measure all results of all participants. All income derives only from the sale of products. This email and any content on our website shows only the potential possibilities of the program as it relates to these specific individuals. Again, THESE RESULTS MAY NOT BE TYPICAL. No results from any person using our program in the past should serve as any indication that your results will be similar in the future. In short, this is a business and there are no guarantees in business. Nothing in this presentation or on this website is intended to convey that there is any guarantee of income. Your results will depend on your execution in your business and how many sales you close/how much business you acquire, just as it would in any business in the world. If anything in this disclosure if not 100% clear to you, please do not continue. If you are offered another opportunity where they share testimonials or individual accounts of their results, and they do not make sure that the above disclosure clear, just know that they are not following the law of the USA. Hypothetically, even if every single participant became a millionaire (which they absolutely do not, this is only a hypothetical example to make a point), and we could document that hypothetical, we would still be required to make this disclosure.